This was posted 6 years 8 months 20 days ago, and might be an out-dated deal.

Happy New Year to all Ozbargainers.

Our New Year Resolution:
Always bring genuine and quality products at a bargain price.
Three things we like to do in 2015
*1. Bring more bargains
*2. Much more bargains
*3. Repeat step 1 and 2

Now, We’ve been asked many times to bring back this Xiaomi Piston2.1 earphone deal.
For those who would like a new earphone on the go, this is definitely a great pair to have.
Here we have both Gold and Silver version available in store.

Important Note:
For those who use IOS, the volume button doesn't function with iPhone, iPod, iPad due to Apple's special design. 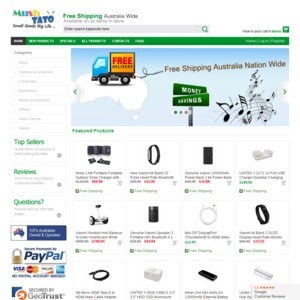