This was posted 6 years 1 month 8 days ago, and might be an out-dated deal. 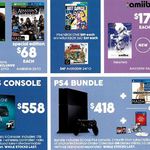 Mod: To be reminded of this deal, hit the NEW Reminder link below where you can auto-add this event to your Google Calendar, iPhone etc. as well as custom date OzBargain reminders.