This was posted 5 years 8 months 17 days ago, and might be an out-dated deal. 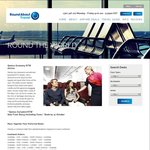 Great price for these earlybird Round The World fares. I gave them a call and there is PLENTY of availability! Good luck!

Qantas has released a sensational earlybird RTW airfare, with a discount of over $1000 to their regular pricing at other times of the year. The ability to earn Qantas frequent flyer points and status credits and the generous baggage policy remain major draw cards of this deal. You can fly to London via the USA or Santiago, returning via Dubai [or vice versa]. Be quick to snap up this amazing sale fare, limited availability and peak season blackout dates apply.

Piece Together Your Preferred Route:

Choose a continent order then add destinations/stopovers in each continent:

South American cities: Santiago, Buenos Aires. If flying between Buenos Aires and London, own arrangements are made from Santiago-Buenos Aires.

Don’t waste hours with complicated self-management tools. Simply hit the button below and let us know what you’ve got planned, or head over to our round the world trip planner to easily piece together your preferred route and our experts will find you the best deal. 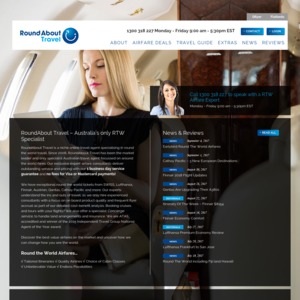