Recently, I bought a Lifeproof case for my Samsung S8, from Dr. Boom store, located on Bourke St, on Melbourne CBD.
I didn’t try the case in the store, because you are not allowed to do that (I should’ve left the store right there, but instead I purchased the $100 case). I tried the case at home, only to realize it wasn’t a good fit for my phone, the edges where inaccessible, and it felt wobbly inside the case.

Due to work obligations I had to postpone my visit to the CBD to return the case for a few weeks. But I put it back in the original packaging, which is in as new condition.

Before returning to the store, I called the number on the receipt, to ensure an expediated service upon arrival, I explained my situation, they said no problem and connected me to the store, so I could talk directly with them.

Immediately the store clerk said they have a 14-day return policy, I replied Australian law grants 90 day. She said that is a rule of the store and is only 14 days. Short story she wouldn’t budge so I called head office again. After a short conversation they said they will call me in a few minutes.

I receive a call from another store clerk saying no problem, if the product is still in the package and you have the receipt you can return it, I agreed and attend the store after work.

At the store, I was received by both clerks, one of them was quick to say she wouldn’t return the product because it is store policy, again a lot of back and forth, I pointed out, even the receipt says: Store policies can’t contravene Australian laws. One of the clerks concluded: there is nothing we can do, that is Head Office’s order. While the other had the nerve to say You and your laws mean nothing to me. Kind of frustrated and tired of the argument I left the store and called head office again. Explained my situation again.

After an hour of me waiting outside the store I received a call from a Service Manager, who didn’t give me his name.

He made the point that maybe the case is defective, and he could send it back to Lifeproof, to be checked. I wasn’t happy with the solution because it would take an enormous amount of time, so I told him I will reluctantly agree on sending it to the factory, but I will rate his service and describe the treatment I’ve received from the staff at the Bourke St. store, on many forums on internet. He said with these exact words:

“If you say one word about my store online, I have your details, I will find your house and I will go and brake both your arms, if you say anything of this on the Internet I will put you in a bag”.

He then proceeded to hang up on me, I tried to call back to get his name, but now the operator refuses to give me those details. 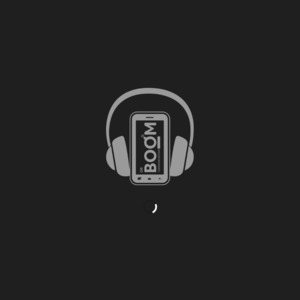