This was posted 2 years 11 months 3 days ago, and might be an out-dated deal.

One of the best WearOS smartwatches with a dual display for extended battery life.
https://www.techradar.com/au/reviews/ticwatch-pro-review 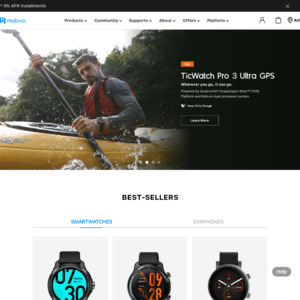