This was posted 2 years 9 months 24 days ago, and might be an out-dated deal. 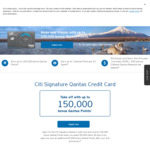 Looks like Citi are offering a decent deal on their Signature QFF VISA card again.

– 50,000 QFF points upon paying the $444 annual fee for the second year (annual fees, particularly of that magnitude, are not to my tastes but each to their own).

Again, that $444 annual fee in the second year is a whopper. But happily there is no obligation to stick around for the second year, so deliberate thoroughly on how badly you want those additional 50,000 QFF points.

I posit that this deal is superior to the previously posted deal on account of the reduced annual fee in the first year. But perhaps comparable to this earlier deal.

With the economy slowing down and abounding speculation of an imminent recession, there's never been a better time to accumulate personal debt. Onwards!

NOTE: The random referral system is for a different card - Citi Rewards Platinum. Please don't use the referral link if you're applying for the card in this deal, which is the Citi VISA Signature Qantas Credit Card. 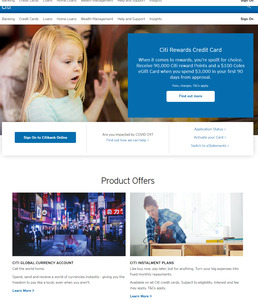