This was posted 1 year 11 months 30 days ago, and might be an out-dated deal.

Great deal for 20GB PM with no contract needed, this deal comes from a is a redirect from https://www.whistleout.com.au, search for a plan with 20GB, add the code 10FOR20 at Circle checkout. Don't pay til SIM activation, offer ends Jan 10 2020

After 12 months of the $10 discount on your Circles.Life bills, your plan will increase to 20GB for $28/mth.
For new customers only. Offer may only be redeemed once per account. 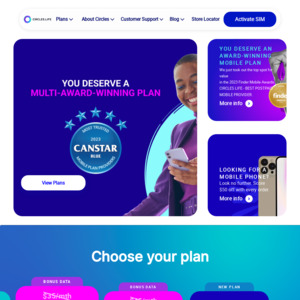