This was posted 2 years 7 months 29 days ago, and might be an out-dated deal. 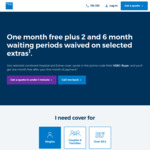 One Month Free after paying for the first month. Also 2 and 6 month waiting periods waived on selected extras.

Full T&C at the bottom of the page if you click through.

Combine with the AMEX 12% back deal if you have it saved. 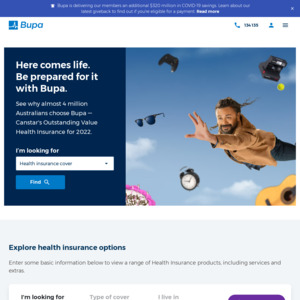