This was posted 1 year 9 months 18 days ago, and might be an out-dated deal.

Closing Down Sale: 20%-80% off All Stock @ Stardot Technology 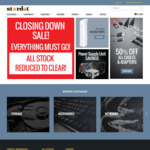 All prices have been slashed to clear a wide range of stock. Quantity is limited across some product types. At the time of posting there are great deals on cables, power supply units, networking gear, tools, and specialist items. 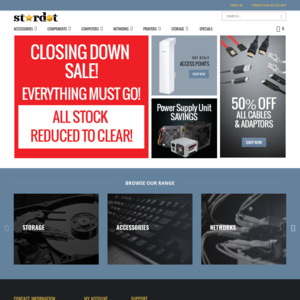