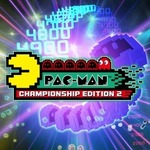 Currently free. Physical copy with other arcade games usually costs $34.95 through the Gamesmen.