I was hoping someone else would post this up so I didn’t look like an alcoholic, but I guess 80% of my purchases in the last two months have been grog!!!
The red pelt and metric usually run at $110, so present decent value at this price delivered. Red pelt is one of my all time favourite beers. Logistics seem to be up to scratch too. I placed an order Thursday night and received an Auspost shipment notification Friday. Use code SHIPBEER 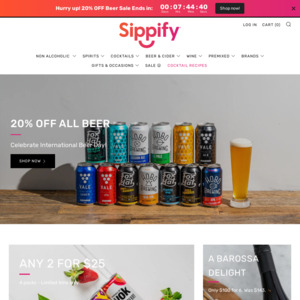