Our annual Easter Treasure Hunt took a break this year, but we are now back with one that has bigger and fancier prizes for the End of Financial Year this year! Similar to previous years' format (2019, 2018, 2017, etc) so those who have participated in past hunts would need no instruction.

However if you are new to the OzBargain Treasure Hunt, here are some instructions. Basically various prizes will pop up on the site throughout the day during the hunt. They might appear on the (1) OzBargain Home Page, (2) New Deals Page and (3) any deals / forums page with 10 or more comments. Often you'll need to do a bit of scrolling as they usually pop up in the middle of deal listing or between comments. Here's an example: 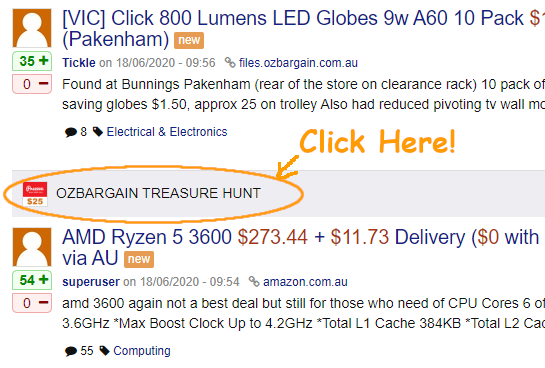 There are quite a few factors that determine whether a prize pops up on the current page or not.

Also note that if a prize pops up on a page, it won't stay there forever! It would disappear after 15 seconds without interaction. However after you click on the prize, it would reveal what the prize is and allow you to claim it. 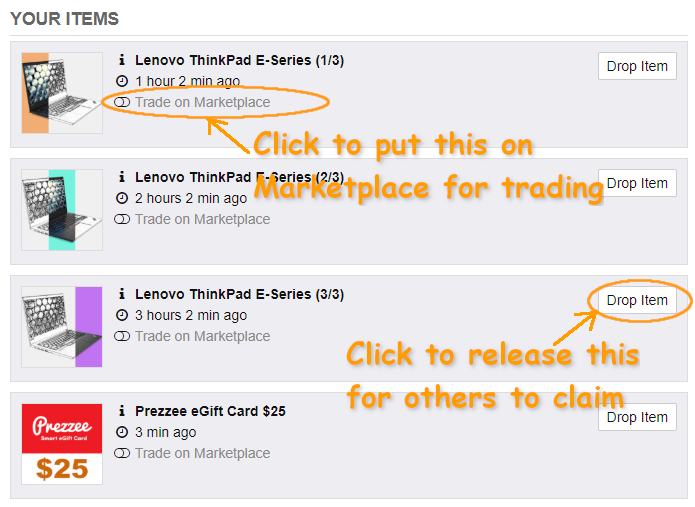 On the Marketplace page, you can

Trading is important because many prizes come in multiple parts — and you can only claim the final prize when you have collected all the parts!

Feel free to use private messages or this forum to organise trades, and claim as many prizes from me as you can :)

Here is a list of prizes for EoFY Treasure Hunt 2020. Half of them are in the form of Prezzee Gift Cards where you can exchange it with merchants' gift cards to be spent online or instore. The higher valued prizes are the kind of splurge at the end of financial years — popular headphones/earbuds on OzBargain, and desktop computer from a popular store and a laptop from a popular brand.

For those looking at collecting multipart prizes, here are some tips:

Answer would be Free GTA V from Epic Games, where there's a high probability that specific prize will appear.

Official starting time for OzBargain EoFY 2020 Treasure Hunt is Monday 22 June 2020 at 12:00PM, and will conclude at Wednesday 24 June 2020 at 12:00PM. Most prizes will be released before the evening of Tuesday 23 June, but and the extra time will be for trading to take place.

After the hunt finishes, those with prizes will be presented with a form on the Marketplace page for filling out the delivery details. I'll then try to arrange all the prizes, hopefully before 30 June.

OzBargain Treasure Hunt is open to almost all OzBargain members. You must

Also any attempt of scripting / gaming the system would result you account(s) banned.

Yes, prizes will still show up when you use adblocker on OzBargain.

Yes, mobile browsers should not have any issue.