1Password currently has a deal for 25% off your first year, when paid annually.

That means the prices (in USD) for your first year are: 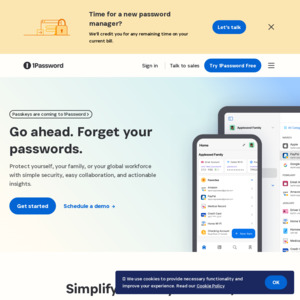