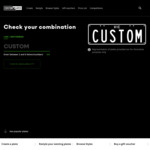 For the Hack, order a standard custom plate with the combination you're after (i.e. V xxxxx) for $495. When this arrives, order a restyle of the plate to Euro Premium for $195. Total outlay $690. It is an additional $50 per plate for the 'mini' style. 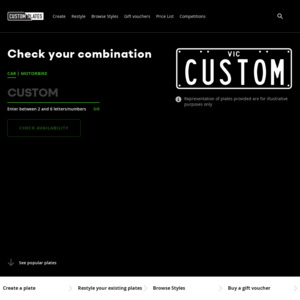