This was posted 7 months 5 days ago, and might be an out-dated deal.

Great prices for these three games - all time lowest according to ITAD.
Do not forget to use the code at checkout to get the prices mentioned in the title. 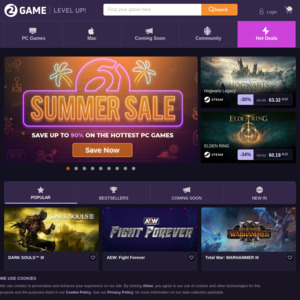