15% off Everything & Free Delivery @ Koala 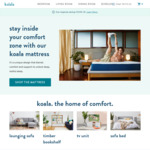 Pretty standard Koala deal that pops up from time to time, 15% off, for anyone after a new mattress who aren't bothered by it all being made in China these days.

Doesn't stack with the $100 off that they currently have on their site though, so doesn't make a huge difference for cheaper items. Stacks with the intro pricing of one of their new couches though (that's 10%) off, not bad considering how well regarded their existing couch series is.

Referee gets 10% off first order. Referrer gets $50 credit after referee makes $500+ purchase. 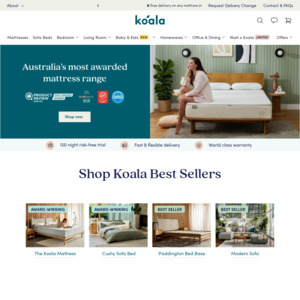