This was posted 7 months 1 day ago, and might be an out-dated deal.

Price is for box of 6 unit, including delivery to anywhere in australia, works out to be approx $13.17 each

spec:
The Nelson 2x14 Watt T5 Fluorescent fixture is flicker free, and is complete with lamps and diffuser 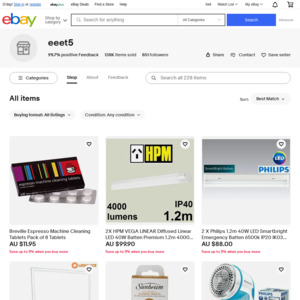