This was posted 3 months 9 days ago, and might be an out-dated deal.

A further $10 off for joining the Ted's newspaper too bringing the price down to $622.45 after cashback.
To get free delivery sign up for a free Club Ted account.

Positive reviews in the comments of previous deals. I believe this is the lowest price in a while.
Stock showing in Ted stores at the moment, should be able to be shipped out before the cashback promotional period ends - call to confirm (OOS Digidrect Cannington WA, pre-order on Sony Online).
Potentially further savings with Amex and price matching with Sony Online! 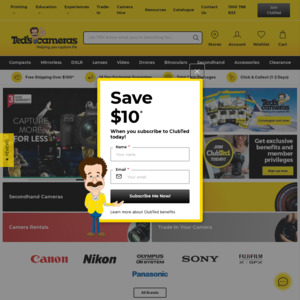