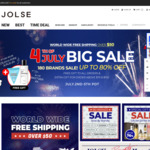 Jolse is a large online K-beauty store based in South Korea. They are offering free worldwide shipping for orders above US$50 until 5pm tomorrow (usually US$15 for orders under US$150). Orders to Australia are sent via DHL. This only happens a few times a year. There are some excellent sale prices on popular products - you'll be able to find reviews easily on google. A good place to start is the Bestsellers list. Chances are, your favourites will be on sale too.

Make sure you also go to the coupon zone to save the extra US$5 off US$50 coupon on your account. 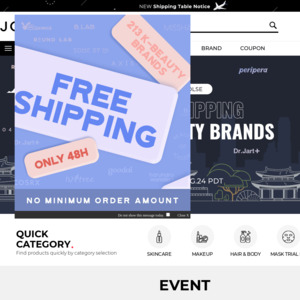