I just received my bank of china card, the GWI debit classic card. It has union pay on it.

I tried to use beem it and it doesn't work as its not a visa or mastercard, its just a savings account.

What options are there to make it better to transfer funds ? Is there another type of beem it that will work ? Any tips using these cards? 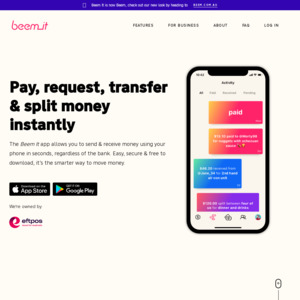