I Was Illegally Ported - How to Avoid This?

Late last week I was the victim of an illegal porting of my mobile phone number (Aldimobile) by a scammer/hacker! I noticed this since I suddenly lost service! This was immediately followed, within the same hour, by a cyber attack on several different banks I use. I was alerted to these attacks by automated emails that the banks sent me where funds were attempted to be transferred from different accounts etc. As far as I know, the banks and I were able to stop all these fraudulent transfers. I am still in the process of getting all my internet banking accesses back on-line however. Aldimobile was able to get my number back the next day, thankfully. Aldimobile told me that they received a replacement SIM request from the hacker!

So, my question is - whilst there are lots of things we can do to increase our internet security, what can a person do to mitigate the risk of having one's mobile phone number illegally ported (i.e. hijacked)?

EDIT: ChiMot said that I should have received an SMS from provider asking if this port was authorised: see https://www.acma.gov.au/port-customers-phone-number
If this had happened, this problem would NEVER have occured, so I think Aldimobile failed - I will be following this up with them!!

NOOOO!! As somebody else pointed out, I didn't get the sms because it was not technically ported out, it was just transferred to another SIM (aka SIM swap)

Further update: Further research has led me to believe that there is a loophole in the ACMA rules for providers in how number porting must occur wrt security. https://www.acma.gov.au/port-customers-phone-number As far as I can see, the rules of checking the validity of the request ONLY APPLY to porting and not SIM swapping. If the same rules were applied to SIM swapping, this would never have occurred to me. Conclusion: the ACMA rules fall short in ensuring adequate security by not mandating the same security measures apply to SIM swapping as they do to porting. 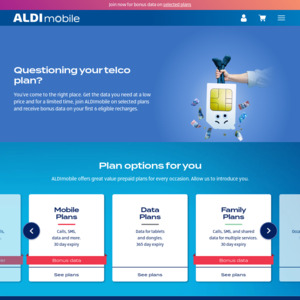