Former U.S. President Donald Trump announced Wednesday he will launch his own social media platform, TRUTH Social, according to a press release by Trump Media and Technology Group (TMTG).

Get ready for some truth, people

What are your thoughts? Will it be a success? 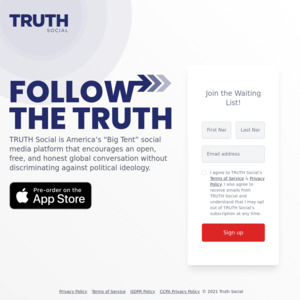