[eBook] Free - How to Avoid a Climate Disaster: The Solutions We Have and The Breakthroughs We Need @ Gatesnote

Bill Gates' new book is free to claim for a limited time. Just enter any temp email address and a school (I used my little bot's primary school) and the ebook will download. epub reader is required to read.

The Kindle version of this book is a #1 best seller and currently $17.99 on Amazon. 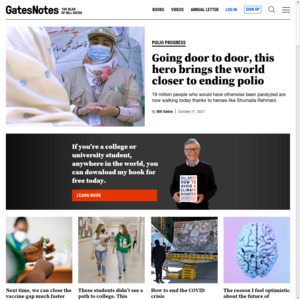 GatesNotes: The Blog of Bill Gates