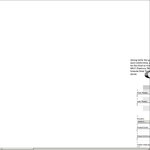 Entry to the Promotion is open to Australian residents from NSW, QLD, VIC, WA, SA, NT, TAS and aged eighteen (18) years and over, who fulfill the entry requirements.
Entrant must be able to depart from one of the following cities only: Melbourne, Sydney, Adelaide or Perth on the Monday 12/9/2016 and depart New York on the Saturday 17/9/2016.

By entering your details and entering the competition you are agreeing to receive communication from Coach Australia, Qatar Airways and St Collins Lane Shopping Centre.

Maximum Number of Entries:
Multiple entries to the Promotion are permitted subject to the following:
(a) The entry form is only to be completed once per customer.
(b) If the customer forwards the competition to friends via the ‘send to a friend’ function. Entrants will receive one additional entry for each friend, to a maximum of five (5) friends.

Prize Draw Details:
There is one major prize to be awarded for the Promotion.
The prize draw will be a random selection from all valid entries received during the Promotional Period. The first valid entry drawn at random will win the major prize
Time/Date: 11:00am AEDT on 03/06/2016.

The major prize is a trip for two people to New York with five (5) nights’ accommodation in a four star hotel. The travel dates for prize are not negotiable and Entrants MUST be able to travel between the 12/9/2016 and the 17/9/2016. If the winner is unable to travel at this time, then they must forfeit the prize and the Unclaimed Prize procedure will be followed.