This was posted 3 years 9 months ago, and might be an out-dated deal. 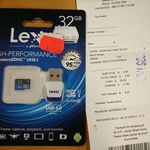 Hey all, just walked in to South Wharf DFO JB Hifi, and found an absolute peach of a bargain! Refer to pic!

Plenty left in the store when I got mine, but you'd need manager's approval upon checkout - due to the large discount% …