This was posted 2 years 5 months 8 days ago, and might be an out-dated deal.

For the next week, Nestly are doing a clearance on their Eames Replica Organic Chairs in Dark Brown.

The price will be dropped to $99. These chairs usually retail for around $180.

These chairs can be collected at their Sydney warehouse or shipped (average $40 to Sydney metro) - shipping calculator on Checkout page to confirm.

Use promo code: OZBARGAIN99 at Checkout to get discount! 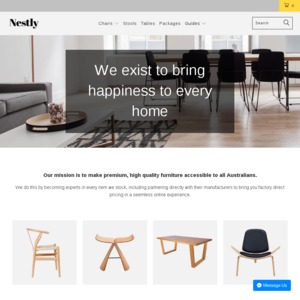