28 Degrees Fraudulent Transactions and Their Response

Wanted to get your opinion on this issue.

A few months back, my wife's credit card transaction history displayed a number of ATM cash withdrawals that occurred between June 27 - 29. To add some context, we live in the Eastern suburbs and the withdrawals were made from the Bankstown and Yagoona area totalling $730 inclusive of cash advance and ATM fees.

We called up 28 degrees and explained our situation with the relevant department, emphasising that in the 5 years of using the card we have never made a cash withdrawal. They told us they'll get back to us in 4-6 weeks.

We called up 28 degrees at the start of August for an update and we were told that our case was not ruled in our favour. The reason being was because they knew the PIN code to the credit card in order to withdraw cash from the ATM. We told them we were at work during those days and would not have been able to make a cash withdrawal in Bankstown as we both work in the Sydney CBD. They once again told us to wait 4-6 weeks so that they can continue investigating our case.

We received a call this morning and were told that the withdrawals were made during the times: 9:30pm - 2am and most likely we would have to pay the $730 since we have no evidence to state otherwise. They suggested reporting this to the police and request CCTV footage from the Bankstown Hospital as that was where a $500 cash withdrawal was made on July 27.

At this point, it seems as if it is better to just negotiate a payment plan with 28 degrees and put this behind us. Please share your thoughts. 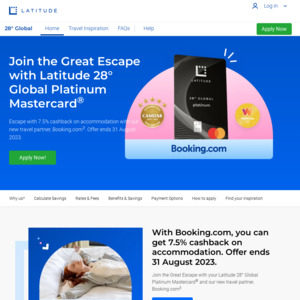