This was posted 3 years 7 months 14 days ago, and might be an out-dated deal.

GTAV has now been on the market for over three years - the multiplayer GTA Online feature was first released in October 2013. Later followed by other offshoots for the PC, the Xbox One and the PlayStation 4.

Despite the now older age of the game, the interest of the players seems hardly to abate. As the developer Rockstar Games has now announced, Grand Theft Auto Online set a new record in December 2016 in terms of player numbers.

"And last but not least, we would like to say a huge thank you to all of our great and enthusiastic players around the world for an incredible 2016 - a year that ended with a terrific December in which more players used GTA Online than anyone else Month so far. "
No specific player numbers concrete directly, however, gives some stats from the game:

The numbers are based solely on December 2016 and have been collected on the PC, the Xbox One and the PlayStation 4.
New content and fight against cheaters

To keep the interest in GTA online still high, the developers promise for the future a tougher action against cheaters and continue to provide new content.

So, if that sounds as awesome to you, as it sounds to me, it seems like a perfect game & deal!

Simply choose the cheapest price from the list and within minutes you will be able to start playing :)

You can check the Deal out, right here: GTAV cheap 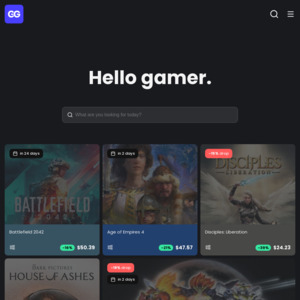