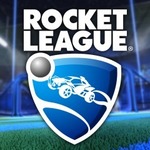 Winner or Nominee of more than 150 'Best of 2015' Awards, including Game of the Year, Best Sports Game, and Best Multiplayer Game, Rocket League® combines soccer with driving in an unbelievable physics-based multiplayer-focused sequel to Supersonic Acrobatic Rocket-Powered Battle-Cars! Choose from a variety of high-flying vehicles equipped with huge rocket boosters to score amazing aerial goals and pull off incredible, game-changing saves!

The Rocket League® - Game of the Year Edition includes:

Content Overload: Every item and vehicle from previously-released DLC Packs, 'Supersonic Fury, Revenge of the Battle-Cars,' and 'Chaos Run”

Insane Customization: Personalize your vehicle with hundreds of different items for BILLIONS of possible combinations!