Hudson Whiskey from New York is known for its small batch whiskeys, releasing a special edition each autumn; it seldom disappoints. This year’s special edition is double distilled using a 100% rye mash bill sourced from local New York grain. It is aged in newly charred oak barrels before being finished in ‘maple syrup’ cured whiskey barrels from a local Hudson Valley partner.

“We send used Hudson Whiskey barrels to Woods Syrup, a maple syrup producer in Vermont that ages syrup in the barrels, decants them, then sends them back to Tuthilltown. At that point we finish off a small selection of rye in the used casks. The result is a sultry, slightly decadent spirit that never loses its rye character.”

2nd Prize is a bottle of The Sexton Single Malt Irish Whiskey.

Welcome to the latest Irish Whiskey to hit our shores, The Sexton Single Malt, a triple distilled whiskey made from 100 percent Irish barley, using copper pot stills and aged in Oloroso Sherry Casks.

There’s no age statement on the bottle, though it is reported to be between 4 and 5 years of age and made at Bushmills.

This is one of the coolest bottles (and labels) we’ve come across – it’s hexagonal in shape and sports a skeleton in a top hat on the front.

Both bottles have been kindly sponsored by Explore Whisky Club. Want a bottle today, visit their online store here. 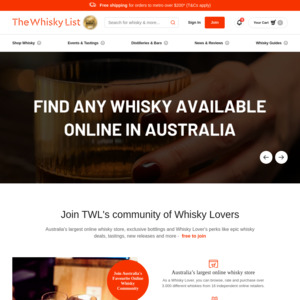