Grab a case of Yeastie Boys White Palace for $79 Delivered (Save 56%)! This refreshing India Pale Lager comes in 24 x mega 500ml cans. Normally $179 a case – this is a whopping saving of $100. Plus we’re throwing in Free Shipping.

To get this deal enter the coupon code: WHITE

*Offer available while stock lasts. No refunds or exchanges on sale items. Can't be used in-conjunction with other specials. Your beer will be dispatched on Feb 18. 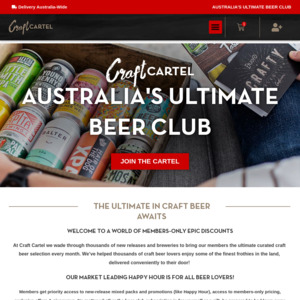