Wrapping up our Vintage Sale on Tuesday, but just added this Mixed Six Pack for your COVID-19 hoarding.

Features a couple of wines hard to get (or impossible to get) anywhere but direct from rymill.com.au

Some of critic feedback on the wines:

2013 Cabernet Sauvignon
94 Points - Wine Companion - James Halliday
Clean and pure. A flood of blackcurrant and mint with subtle tobacco notes drifting over the top. Classic flavour profile and with the structure to match, though it remains fluid, even seductive. Will mature gracefully and well.

It has Coonawarra written all over it. It’s a strong cabernet and yet it still feels cool; it has tobacco-leaf and black olive characters but the heart is all blackcurrant, mint and boysenberry; it finishes with stern-but-well-formed tannin. You can see this developing well over the long term. There’s a dusty, almost compost-like note to this wine – not unlike decaying roses – adding more complexity. There’s maybe the slightest, slightest dip to the mid palate, true to cabernet form, but it recovers quickly and well through the finish.

2015 Cabernet Sauvignon
96 Points - Wine Companion - Campbell Mattinson
A statuesque cabernet brimful of bold, curranty fruit and with all the complexity and structure you could hope for. This is an absolute beauty. Tobacco, cloves, smoky oak and a range of ripe, dark berried fruit. When Coonawarra cabernet is good, it's exceptional.

2018 Cabernet Franc
93 Points - The Wine Front - Mike Bennie
The rise and rise, off a small base, of more lo-fi wines in Coonawarra, is quite a thing. And clever – a help reinventing and drawing gaze to the region, much needed.

This is delicious. Crunchy with red berries, but with weight, with good, fine tannins and just generally delightful! Has a good slosh in the palate, dark and broody, but lifts emphatically and wonderfully on fresh wisps of acidity. Under medium weight and just so darn delicious. Wicked drinking. 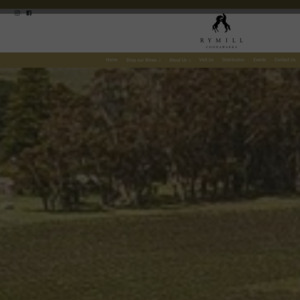 Most voted active Alcohol deals from the last 30 days.