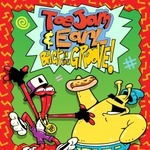 Jammin! 75% off, which looks to be the cheapest it's ever been ya Funklords.

The original 1990 Sega Genesis (Mega Drive here - I'm from 'murica) is still one of my all-time favourite couch co-op games. In fact, I still have my OG Genesis w/ the original cartridge plugged in at my parent's place in the states that my mate and I play while we catch up whenever we're in town together.

Reviews are positive, particularly from those who have a nostalgic connection to the original which apparently it is very faithful to. I wasn't a gamer (last system I had before my PS4 pro was a Wii!) but followed the dev of this game closely as I was stoked that they were re-making it. It's made by an indie team who is staffed with crew that made the first game, and seems to be a real labour of love.

Don't be a Dufus and give it a spin.