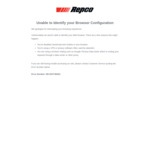 Just saw a post about RACQ getting discount at Repco.

Questions asked about whether it applied to other Auto Clubs and it does!!!!

Available in store and on-line from now until Sunday 5th July.

Field at checkout to enter in your card number and discount is then applied.