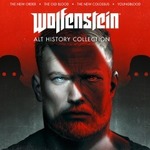 Get the ultimate Dishonored experience with Dishonored The Complete Collection