So in March my company started to work remotely, and I cancelled my reserved Care Park parking spot next to office that I work at. I received a call early in April from someone at Care Park letting me know that they would be taking the final two payments together, totalling $280. He told me he'd be taking them from my regular direct debit account (which is how I had been paying for the past 18 months). He then (luckily) sent me an email after the phone call:

As discussed we shall collect $280.00 from your account tonight

The money was not taken that night but I assumed it was just taking a day or two to process and forgot about it.

I then received an email in May demanding the money, and replied stating that they are free to take it out my account, as discussed in April. And then another one in June, which I sent a fairly angry reply to. I finally received a follow up from a Care Park rep saying they would take the money on July 1st, and to make sure there was enough money in the account (which there was, and I obviously have proof of).

Today I received an email from a debt collection agency demanding the money. I called Care Park and explained how ridiculous this was getting and the rep tried to blame me, stating that I didn't have enough money in the account (which I did) and that I would've received emails stating that the payments had been dishonoured (which I didn't, only the emails stating they had not "received" my money yet). I explained that I did in fact have enough money in the account and she said that perhaps something had gone wrong on their end, and that I should just pay the debt collection agency to resolve this, as it's no longer Care Park's debt or problem, which I did.

If I'm not mistaken, dishonoured payments would show up on my account statement anyway, and I would be charged fees, correct?

A few minutes after paying the collection agency, I received an email from them stating that I am liable for $77 in debt collection fees. I called the agency and left a very angry message (in hindsight, it's not really their fault this has happened, but you can imagine how frustrated I am by this point).

The only real argument I can see against myself is that I should've noticed the payments not being taken from my account but I think it's understandable that it's not something that was really on my mind at any given time. Care Park have my banking details, as they have for the past 2 years, and my written consent to take money from my account, I don't see how it's my problem past that point. I could be completely off-base and am happy to hear it if so.

What steps should be taken from here? Luckily I have a paper trail dating all the way back to April, but I would really not like this to become a legal issue, as the debt collection letter is threatening.

TL;DR Care Park have failed to take payment from me for the past 4 months even though they managed to do so for 18 months with no problem, and have now sent my details to a collection agency who are demanding an extra $77 in collection fees 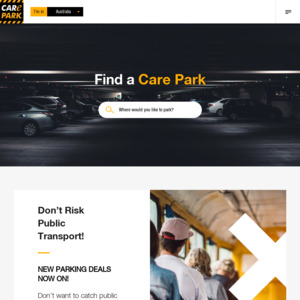