Do Not Sign up for Belong Broadband, Buyer Beware

Belong Broadband, horrible, do not sign up, you'll regret it.

Unreliable connection, uncompetitive prices, no way to contact support, no way to call them at all.

I'm just going to get double charged for this month and move on, report them to the omburdsman, I think I'm going to say goodbye to $70 and good riddance.

I don't know who I'll move over to, someone with a support call service. 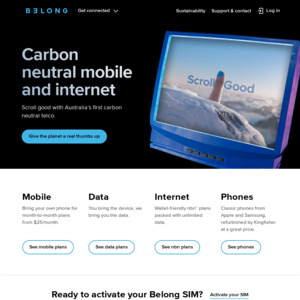