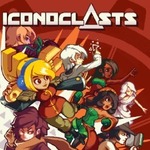 All time lowest prices for these three games on the PlayStation Store.