Looks like it will wreck WhatsApp.
Buy a rival and wreck for its own purpose.
As they say history will repeat itself.
Who has whatapp. Are you going keep or delete it ? 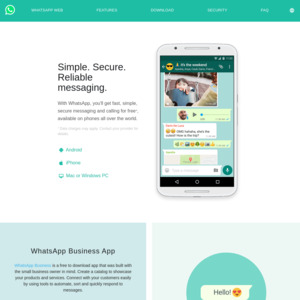