This was posted 10 months 6 days ago, and might be an out-dated deal.

Cubo Ai Plus Smart Baby Monitor is on a flash sale at $100 off, which is on top of the $50 sale they already had. Use the code CUBOFLASH.

I had two referral links in here from places I found online (in case you miss out on the above sale), but they've been removed. You can find codes easily enough online that will give you $40 off, but they won't stack with this deal. 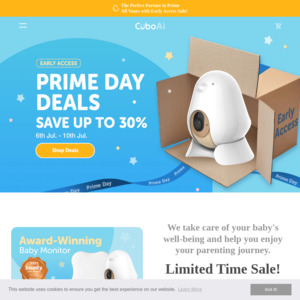