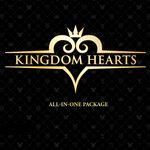 Great prices for these two games. All time lowest prices on the PlayStation Store.

In an effort to stop another keyblade war, Sora, Donald and Goofy set off on a new journey to fend off the encroaching darkness.

The story of KINGDOM HEARTS unfolds across many Disney worlds, featuring many famous Disney characters. In the final instalment in the Xehanort saga, KINGDOM HEARTS III, all-new awe-inspiring Pixar worlds are added into the mix.

SteinsGate 0 is the sequel to the best-selling Visual Novel.
Set around a group of students who accidentally change time and history with a science experiment, endangering humankind.
SteinsGate 0 tells the story of what happens when they fail to fix their mistake…