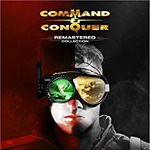 Great price for this remastered Collection.

You need to change your Amazon settings to US and use a fake US address (preferably one without tax for digital purchases) to buy. You can pay by credit card.
Steam key can be redeemed as usual.