This is a ~6hr free campaign part of the game that released as a fully fledged game alongside Gwent: The Witcher Card Game. I'd describe it as a Card Game RPG where you make tough moral decisions and calls like killing a supposed traitor or suffering later, or sacrificing men to clear a path and not spend gold. You can also convince people to join you in the game and a tough part for me was doing the right things on the first playthrough and getting achievements and hidden treaures so there is a lot of replayability.

You may say that this is not the whole game but:
A) This is a 6 hr campaign of a 28hr story/42hr completionist game. I played 7 hours in 2 runs completionist after making a bad choice ingame and still haven't reached it.
B) Most free mobile game aren't 6 hrs and this quality, you can also collect 10 Free Gwent Premiums as part of the Free Campaign
C) If you like the game and purchase it for $9.99 compared to $30 on PC and you still get all 22 Free Basic Gwent Cards and can collect all 22 Premiums in game chests.
D) Gwent is also 100% Free and Multiplayer

Gwent Referral: Get 20 Premium Kegs, 15 Reward Points, 5 Legendary Premium Cards (Approximately $100AUD of ingame value) Use the Ozbargain Referral system and feel free to ping me for coaching from a Top 300 Player

From CDPR: "Thronebreaker for Android allows players to download and try the game for free. After reaching a certain moment in the story, players will be able to purchase the full game to continue the adventure."

What is Gwent? I'm slightly biased as I've put 2000+ hours into Gwent and peaked at Top 300 Global this month. Compared to Hearthstone I find it much more strategic, less luck based. It is a very generous game you can play for free without feeling weak. There is a strong emphasis on deckbuilding and understanding the interactions in the game. I've been playing since 2016 and still find new things that I didn't know I could do and the game is constantly being updated and patched. 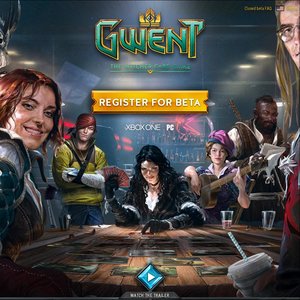