Mothership, space strategy board game designed in Melbourne is having a EOY sale, 50% off storewide.

Prices are in AUD. Shipping is from Sydney, Australia.

Base game is A$61.50 including shipping.

This brings the base game down to $51.50 including shipping with coupon.

PS: I'm the designer! I'm having a huge sale to clear out my Sydney warehouse. Feel free to ask any questions :) 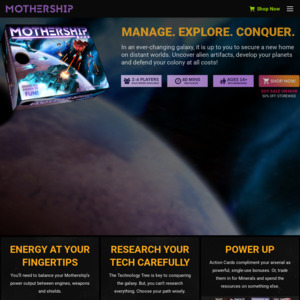 Mothership The Board Game