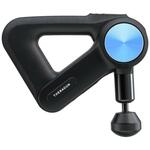 My first posted. Prices Up-Dated
It might not be the cheapest, Have been waiting for this price for a long time.
At JB HIFI
Theragun
pro G4
https://www.jbhifi.com.au/products/theragun-pro-handheld-mas...

I personally have tried number of massage gun included $100-200 range. However when I press it hard on my leg, it’s stopped. Finally last 2 choices - Hypervolts Plus and Theragun Pro G4. I decided to go with Theragun Pro as it has highest stall Force come with 2 batteries and 2 years warranty.

Note: JB-HiFi Has Price Drop guarantee policy (within 14 Days after purchased). For those who bought last week $659 can get store refund the different : say $659-$599 = $60 - Just heading to JB-Hifi Store that you purchased.