Unfortunately, I don't know how long these discounts will last.

This is a polarising game/developer, so please keep comments respectful. I would recommend this game to anyone interested in space simulation/roleplay.

I am happy to have a chat with anyone interested in this game as I play quite regularly now. I have also added in the referral links, for anyone that is a current backer. 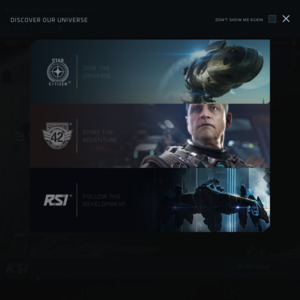