[Unobtainable, NSW] Free Weekend Travel and Half Price Peak on Sydney Trains for All of March

Reported on various news pages as an apology for rail shutdown

The transport minister David Elliott has denied reports Sydney commuters will be given half-price tickets as compensation for last week’s travel chaos, according to 28 February interviews and news reports.

This deal is currently unconfirmed as we don't have an official statement from Transport NSW (expected today).
It may be moved to the forums or unpublished as unobtainable if the announcement of the deal deviates greatly from what is written on the news articles. 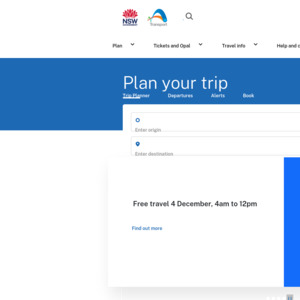