This was posted 4 years 7 months 6 days ago, and might be an out-dated deal.

While investigating the scene of a gruesome mass murder, Detective Sebastian Castellanos and his partners encounter a mysterious and powerful force. After seeing the slaughter of fellow officers, Sebastian is ambushed and knocked unconscious. When he awakens, he finds himself in a deranged world where hideous creatures wander among the dead. Facing unimaginable terror, and fighting for survival, Sebastian embarks on a frightening journey to unravel what’s behind this evil force.

About a week ago, a very kind member emailed Esio Entertainment (me specifically) and asked me how business was going and when my next deal would be. I did post a GTA 5 deal around the time he emailed me, so I asked him for any suggestions for my next deal. He went into great detail and two games stood out; The Evil Within and Shadow of Mordor (GOTY). I'm awaiting for another price drop of Shadow of Mordor (hoping to post a deal around the AUD$18 mark in the near future) so I have come to you today with a special on The Evil Within.

You guys here at OzBargain deserve the cheapest prices from reps such as myself. So if anyone finds a cheaper price for The Evil Within (excluding marketplaces such as G2A for obvious reason), I will be more than happy to try and arrange a cheaper price for you. Please remember all my prices are Australian Dollars, so don't go linking American Dollars if the currency exchange makes it more expensive.

As a thank you to that kind member I spoke about above, I will be posting an OzBargain-Exclusive 10% off coupon on one of my next deals. I will also be introducing a Loyalty system sometime in the future which will give you store credit for future purchases (picture OzGameShop's system). Also, as an Australian business with an ABN, a user pointed out you can get 2% back on Cash Rewards or something like that if the price drops. I don't have much knowledge of Cash-Back promotions, but this may make it even cheaper for you guys!

Always at your service,

Also back In Stock:

:EDIT: If you like this deal please upvote as it will allow me to post more deals more frequently. I hate to say it, but due to the average amount of votes, I can only post 1 deal per week. That causes me to not be able to post one-day only deals :( 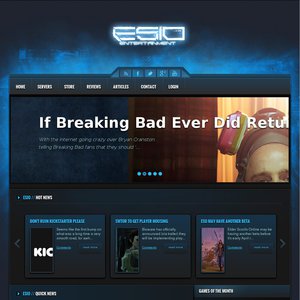 The Evil Within
by Bethesda