Seems ipart is proposing to implement measures to kill off the loophole in Opal card use, where some of us take many short trips early in the week and get the rest of the week free.

Making weekly travel discounts fairer
by eliminating the perverse incentive for regular commuters to take unnecessary shorter trips earlier in the week to qualify for free travel on their longer and more expensive trips later in the week, costing the system more.
Under the current structure where all travel is free after 8 journeys, the 62% of passengers who travel fewer than 9 times a week are subsidising those who travel more often, costing around $150 million each year.

IPART is instead proposing a new fairer weekly travel credit arrangement which combines a weekly spending cap and frequency discounts in one scheme. The scheme is designed to reduce the subsidy going from one group of customers to another, while still protecting customers from higher weekly expenditure. Under the proposed new arrangements, passengers would pay for all their journeys as they go and get a credit at the end of the week so that they would only end up paying for their 10 longest journeys, up to a maximum of $65 a week (up from the current $60 per week). 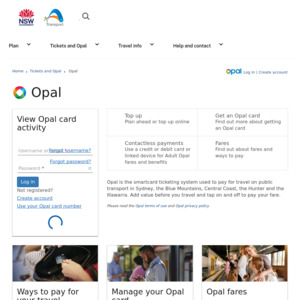