Hey, just wondering if anyone has used the postage carrier Sendle?
It looks to be the cheapest to send a pair of shoes ($10.75 nationwide).
Seems to be good reviews on product reviews
Or can anyone recommend anything cheaper?
Thanks :) 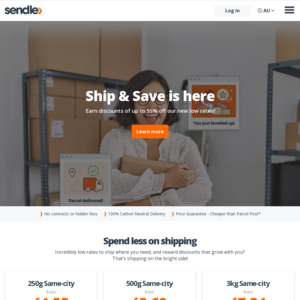